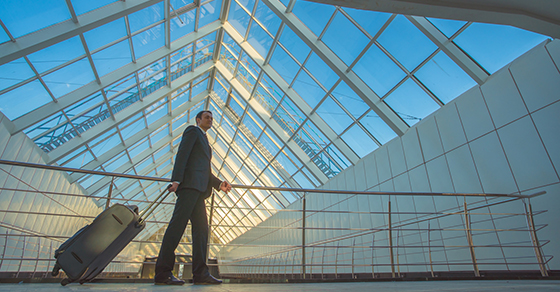 The IRS recently updated its principal guidance on travel per diems. These are daily amounts that, subject to periodically adjusted limits, may be used in lieu of actual expense amounts to determine nontaxable travel allowances or reimbursements, or to substantiate travel expense deductions.

The rules were previously set out in IRS guidance issued years ago, but the Tax Cuts and Jobs Act (TCJA) suspended miscellaneous itemized deductions for taxable years after 2017 and before 2026. The law also generally eliminated the deduction for entertainment, amusement and recreation expenses, rendering portions of the previous IRS guidance obsolete.

The TCJA didn’t affect employers’ ability to reimburse employees’ business travel expenses on a nontaxable basis under accountable plans, nor did it end the deduction for recreational, social or similar activities that are primarily for the benefit of employees who aren’t highly compensated. However, there are still some important points to keep in mind.

The definition of incidental expenses has been revised to conform to the current definition in the federal travel regulations, which no longer refers to certain mailing costs and transportation to places where meals are taken. It also simplifies the description of individuals whose tips are covered.

In addition, a new provision warns that payment arrangements will fail to satisfy the accountable plan rules if payments are made regardless of whether an employee incurs, or is reasonably expected to incur, deductible business expenses or other, bona fide, nondeductible expenses. (This is often referred to as “recharacterization.”)

The revenue procedure took effect, generally, as of November 26, 2019, though the suspension of miscellaneous itemized deductions applies to taxable years beginning after 2017 and before 2026. The disallowance of deductions for expenses with respect to entertainment, amusement or recreation applies to amounts incurred or paid after December 31, 2017.

The modest changes to the per diem rules resemble those made to the IRS’s mileage rate guidance. Both focus on consistency with the TCJA, eliminating obsolete statements about the availability of miscellaneous itemized deductions, clarifying the continued availability of above-the-line deductions, and making only limited additional revisions (including new, identical warnings against recharacterizing wages to avoid tax.)

With this guidance issued, the IRS will now likely revisit its other travel guidance, including Publication 463 (“Travel, Gift, and Car Expenses”), which was updated for 2018 but retained some potentially confusing references to travel deductions. Contact us for help determining specifically how the guidance affects your organization’s handling of employee travel expenses.